"A Pool for Every School":
A Pennsylvania Swim Story about Judy Auritt Klein


That was her dream, a pool in every school, so children "learn to swim just as they learn to read and write."

There are two early stories about Judy Auritt's learning to swim. One involves a tributary of the Delaware River while the family vacationed in Southern New Jersey. As her son Billy retells the story, Judy taught herself to swim a little late in life, at about 10 years old. Her Aunt Rose drove along the Cooper River, coaching her niece and timing her. Judy's daughter Anne tells a second story of how, when the family took another New Jersey vacation at Lake Almonesson near Deptford, Judy, elementary school age at the time, "kept showing up" at her cousins' place across the lake, in spite of the considerable distance to walk around. Finally her parents realized that Judy "was swimming all the way across the lake."

By age 11 she was a champion swimmer.

In high school Judy had a tryout with the coach of the men's swim team at The Broadwood, which had been built by A.J. Sauer for the Elks Club, and which later became the Philadelphia Athletic Club on Broad and Vine Streets. There was no locker room for women at this all-men's club in the 1930s. Judy had to change clothes in the stairwell. This was her first time swimming in a pool. Before she could join the Broadwood Club, she "had to learn to swim straight without bumping into the pool walls," she said, according to an interview prior to her 1985 induction into the PA Sports Hall of Fame. 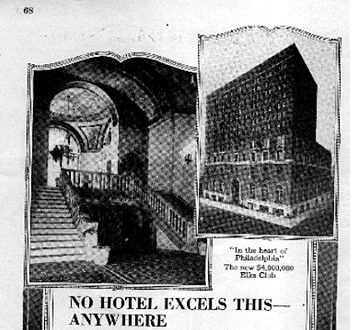 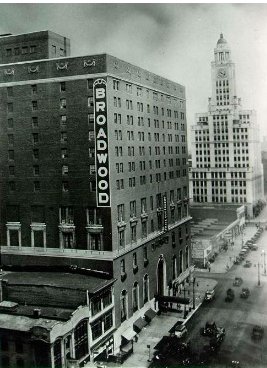 The Athenaeum of Philadelphia

Each year Beach Patrol lifeguards at the New Jersey shore competed in rowing rescues and swim competitions in the ocean. As a famous high school swimming teenager, Judy was a challenger in the swim event and competed as the only woman in that race. She was a pioneer. And as her son likes to report, "Yeah, she beat all of them."

Horses with riders jumping off the Steel Pier into the ocean used to draw summer crowds in Atlantic City. No, Judy turned down that gig. "That's not swimming," she told her kids.

Now it's 1942. Judy is swimming for the University of Pennsylvania, and is practically unbeatable. She is featured on the sports page every week. She holds the record for different swimming events and especially excels at breaststroke and freestyle. Her record times are posted on the inside wall of the pool building. In her 1985 interview, she notes, "There were no age groups back then. At 13, I swam against 20- and 21-year-olds. There were two classes. You swam in novice if you never won a medal, and the rest was open field." 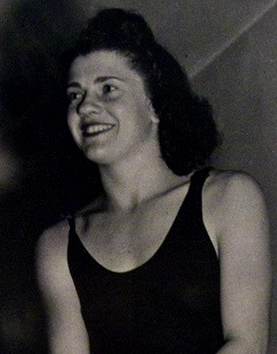 She held many unbroken records, one of which was the 150-yard I.M. (Individual Medley) at the collegiate level. In those days the event included only backstroke, breaststroke and freestyle. Butterfly was added later in the 1950s, making it a 200-yard event, so Judy kept her record for the 150! She also frequently swam and held championship records in 50-yard freestyle, 100 free, the 220, 440, 880-yard and 1-mile swims.

In 1942, the AAU National Swim Championships were held in Philadelphia. Stoney McLinn and Marty of Radio WIP interviewed Judy the evening before the big event. She talked about the competitors, both men and women, and some sailors competing, to raise funds for The War Prisoners Fund, and her own event, the individual medley. BUT, what sticks in the mind of her son most clearly, who treasures the written transcript of that interview, is what she said about her dream. The interviewer, Marty, had highlighted the fact that "we have swimming clubs in nearly all our high schools, and so many girls wanted to join that we had to turn quite a few away."

Judy responded, "I'm glad so many are interested, because everybody should know how to swim -- whether they use it in competition or not...I think that before too long, each school will have its own swimming pool -- and girls and boys will learn to swim just as they learn to read and write."

The interviewer hoped that war memorial pools would be built in every high school, dedicated to our brave soldiers, for "the health and safety of young America". Judy had a dream that if all school children could learn to swim, they would be able to keep themselves safe, and maybe save others from drowning later in life.

TV was a new medium in those days. Judy was invited to demonstrate her swimming to be broadcast on the air. The cameras in the studio were stationary, but they could swivel. Someone "cooked up" (her son's words) the idea of using a piano bench covered with a blue cloth to have her demo her swimming style.

For those of you who may have seen old Tarzan movies with diving and swimming in "jungle" pools and rivers, you may have seen Judy Auritt. She swam with Johnny Weissmuller in Tarzan. Judy says she met Esther Williams of synchronized-swimming fame during a national championship meet in Des Moines, IA. Esther coordinated physically demanding synchronized swimming configurations with groups of ladies forming stars and a kaleidoscope of moving patterns in the water, filmed from overhead. Organizing water ballet shows that performed with the USO for those in the armed services during World War II, Judy herself embarked on what would become a lifelong career of service to public and cultural organizations.

Known as Judy Auritt over her swimming career, this women's water pioneer was inducted into the Pennsylvania Sports Hall of Fame in 1985 and in 1997 into the Philadelphia Jewish Sports Hall of Fame, then located on Broad St., ten minutes away from the club in which her competitive swim career began. Displayed permanently to remind and inspire us are her actual locker from UPenn, her swimsuit and cap, her medals, of which she won more than fifty, and the picture in her suit. 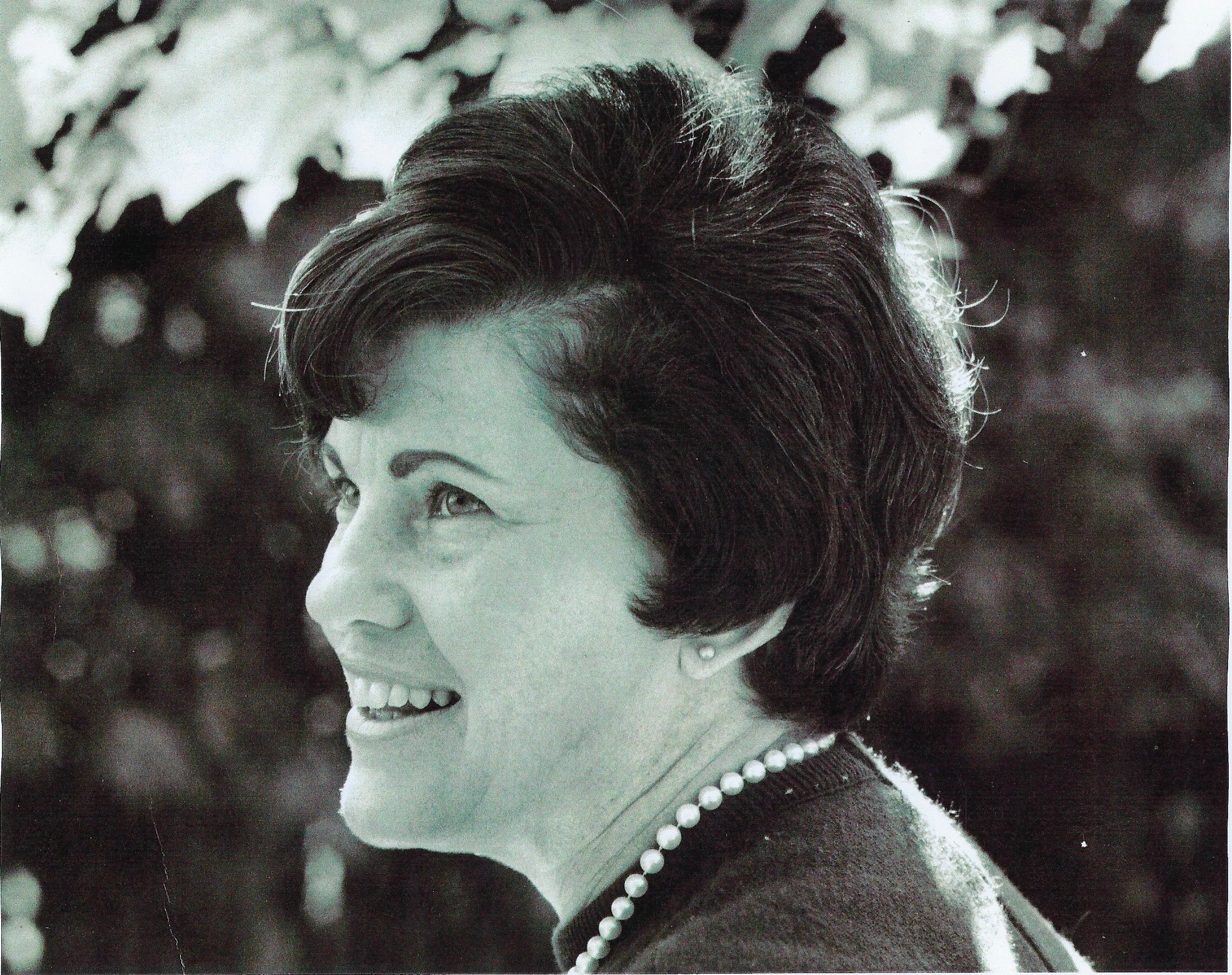 This swim story has a special connection to our Northwestern Lehigh community. Judy's son, William (Billy) Klein, reports that his family enjoyed membership at Richard Stewart's community Sandy Mount pool in Lynn Township. Billy and Paula's son and daughter grew up swimming there, including showing up for Grandma Stewart's morning swim lessons.

Bill and Paula realized, as their own son competed in swimming, cycling and track, that these sports were won by fractions of a second. On the junior velodrome team Bill worked with, kids who competed didn't want to smoke, drink or even consider drugs. They became interested in the "extra edge" healthy food and a healthy lifestyle gave them. Bill believes a new swimming pool in our area and eventual teams and competition that come with it will promote holistic health. He sees this as a win-win situation, and if kids win the competition, that's a win-win-win for them and for our whole community.

Judy competed in nationals, attended and swam for the University of Pennsylvania and for Penn State, majored in English and Psychology, married, and landed in Allentown. People recognized her fearless spirit, her passion and leadership abilities and elected her to 3 terms on the Allentown School Board. The board elected her to serve as their President for 2 terms. Describing her as "Intelligent, determined, inquisitive, knowledgeable, even formidable at times, but always with a heart for the children in our schools," a former Allentown teacher, Fern Mann, remembers Judy always had a "clear vision...and a twinkle in her eye". 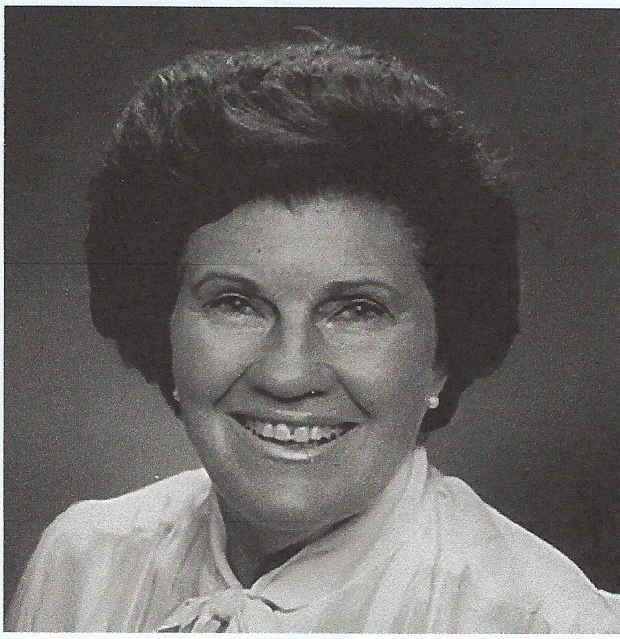 Judy Auritt Klein died in 2016 at age 91, but her vision coincides with the Northwestern Swim & Fitness vision: a pool near our school. By building a pool, we can help honor a pioneering Pennsylvanian's dream. 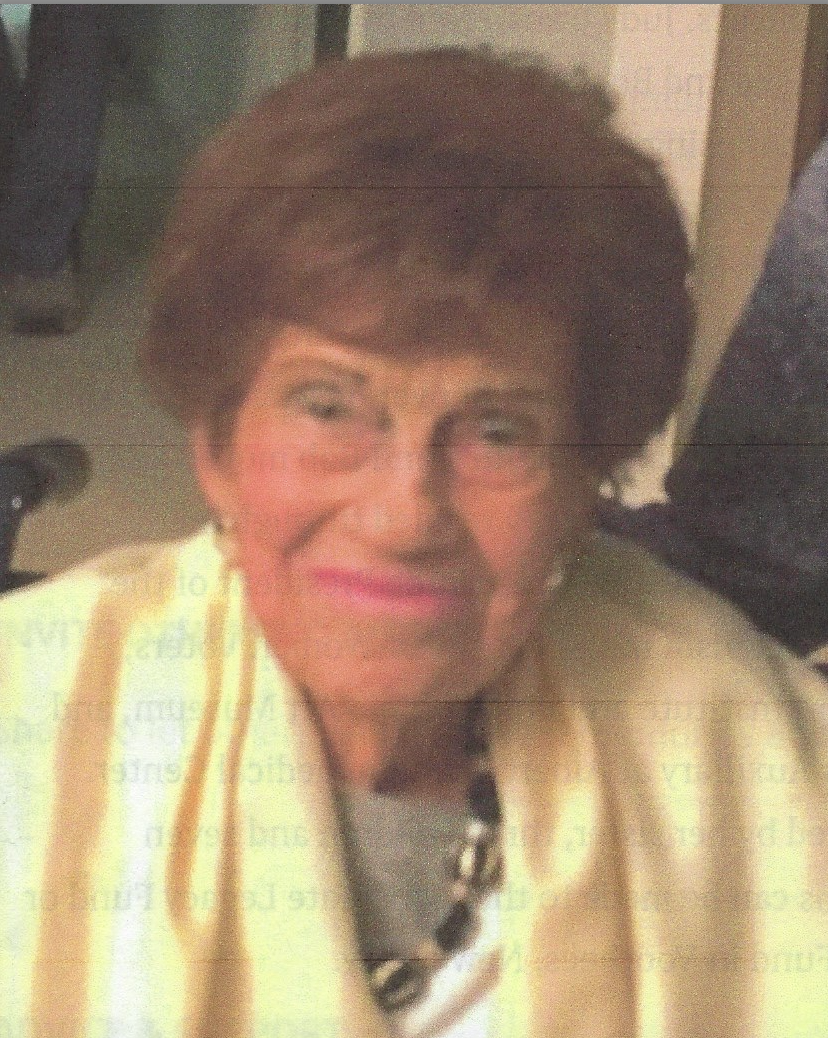 
As told to Jan Sutermeister by “Billy the Kid” Klein, son of Judy Auritt Klein  July 2020


All pictures used with permission.